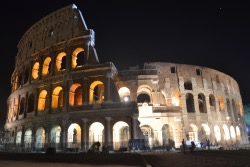 The year next will be the Colosseum to host the inaugural concert of the first European soccer championship in history Euro2020 , scheduled from 12 June to 12 July in twelve European cities, including the capital where they will play, at the Olympic Stadium a quarter-final and three group stage matches of which the opening match.

The opening ceremony will be held along Via dei Fori Imperiali, where two stages will be set up, one in largo Corrado Ricci and another a few meters away, inside the Colosseum, while in Piazza del Popolo there will be a football village, with giant screens for follow the matches, and a fan zone dedicated to fans and fans.