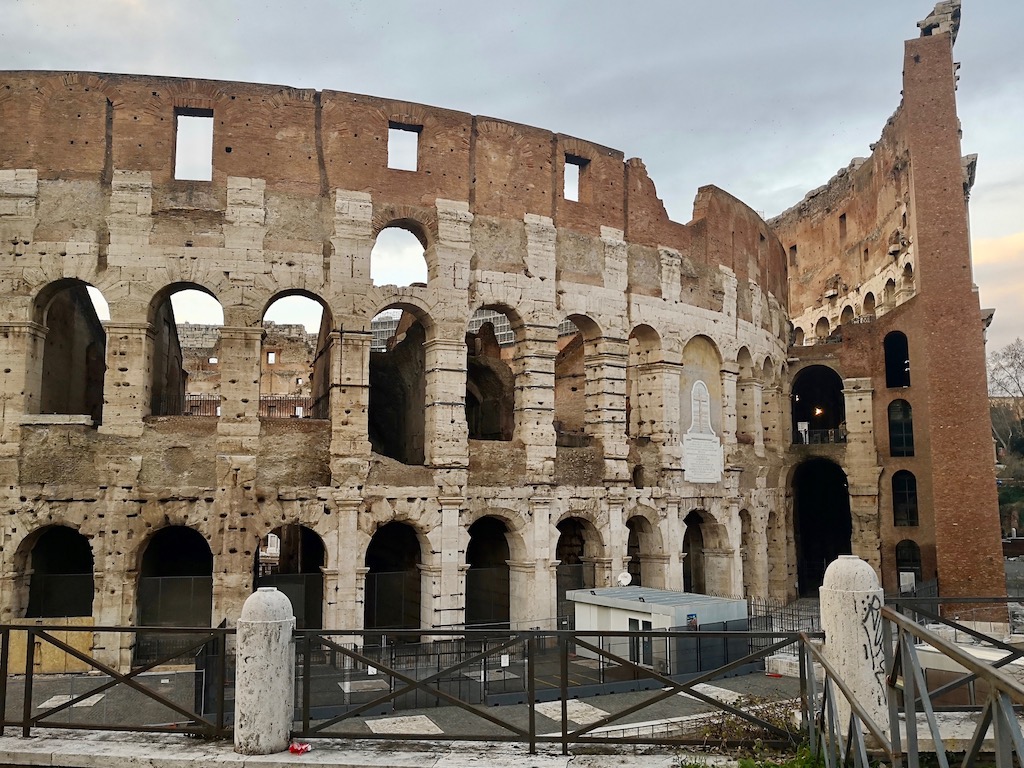 Throughout its millennial history, the Colosseum has had many uses. If today, in fact, it is a monument visited and admired by millions of people every year, the Colosseum was built almost two thousand years ago to host the gladiator games with which to cheer the Roman population.

There were not only fights between Gladiators, during the first years, but also games and shows with animals, executions of criminals and the Naumachie, or reproduction of famous historical naval battles during which the Colosseum was flooded thanks to an ingenious irrigation system.
However, it seems that the Colosseum has been used as a story used only for the inauguration or, in any case, very few times because the Naumachie needs many preparations.

From a pagan temple, to a quarry, to the place for the Via Crucis

With the decline of the Roman Empire and the beginning of the Middle Ages, even the glory ended and the Colosseum began to be used for quite different purposes.
The Colosseum was first occupied by civil dwellings and calciners’ workshops (who obtained lime by burning pieces of marble and travertine from the monument itself), then it was incorporated into the fortification of the powerful Frangipane family and inside one of the archways, corresponding to one of the arches of the Colosseum, a small chapel dedicated to Santa Maria della Pietà was also created.

Not being involved in the process of “Christianization” like other ancient monuments (for example the Pantheon transformed into the church of S. Maria ad Martyres or the Temple of Antoninus and Faustina, dedicated to S. Lorenzo), the Colosseum maintained a pagan air so much that some believed it to be the most important pagan temple in the world. Indeed, according to these legends, the name Colosseum derives from “Colis eum?” which in Latin means “Do you worship him?”, a question that priests used to ask the people by showing the effigy of the demon during the rites that took place inside the building.

During the Renaissance, the Colosseum continued to be used as a quarry for building materials and “pieces” of the Colosseum were used for the grandstand of San Giovanni in Laterano, in Palazzo San Marco, the port of Ripetta and, above all, the Basilica di San Pietro and Palazzo Barberini owe their existence to the Flavian amphitheater, which over time lost almost 2/3 of the original elements. And it was in 1744 that Pope Benedict XIV consecrated it to the Passion of Christ and had the 15 stages of the Via Crucis built there in memory of the Christian martyrs sacrificed in the arena.

The Colosseum today: among tourists, exhibitions and concerts

Today the Colosseum is the most famous and most admired Italian monument in the world and in addition to welcoming tourists from all over the world every day (pandemic permitting), the Colosseum hosts exhibitions, events and concerts. Such as the permanent exhibition on the history of the monument or the current exhibition on Pompeii, or the great event of June 2018 in honor of the great masterpiece The Gladiator (winning film of 5 Oscars) with the screening of the film inside the Colosseum (in presence of Russel Crowe) or the next live streaming concert of Ultimo on April 22, 2021.

Stories and legends about the Colosseum
Info Tickets of Colosseum